Ronaldo Nazário, Javier Tebas and Sir Martin Sorrell are the first three speakers to be announced for WFS Live powered by Octagon, the pioneering virtual event that will bring the global football industry together from July 6th to 9th. With the coronavirus pandemic having shaken up the industry, WFS is going virtual for what is set to be the largest online business event in the football industry and the first one to gather all the major leaders together in one place. 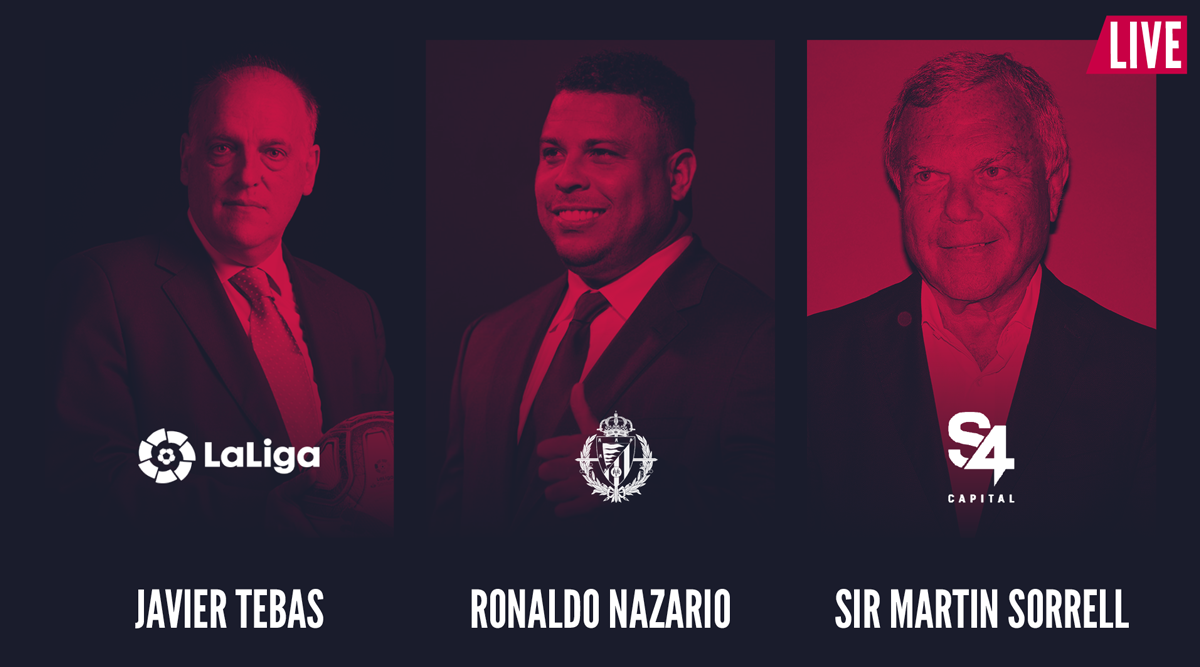 While the speakers at WFS Live will be discussing a wide range of topics, there will of course be particular focus on the challenges and the opportunities that will arise as a result of COVID-19. As the Conference Concept outlines, there will be discussion of how this crisis will affect all in the industry, from right holders to broadcasters to sponsors to scouting and player development departments to those working in the transfer market and beyond.

WFS Live by Octagon will have all the features that make WFS events the largest and most appreciated, with top speakers and premium networking at the crux of the conference. Interaction will be a key aspect of this get-together, with the technology being used allowing for extra-efficient networking between attendees and a truly global reach, while the keynote speeches will also remain at the heart of the summit. Ronaldo Nazário, Javier Tebas and Sir Martin Sorrell are just the first trio of speakers to be announced, but WFS Live has already confirmed other top names from across the industry’s various sectors and these will be revealed over the coming weeks.

Tickets are already on sale at the WFS Live website for a unique price of 40 euros. With WFS determined to help the communities that have been most severely hit by the coronavirus crisis, all net proceeds will be donated to the Common Goal COVID-19 Response Fund and Fundação Fenômenos.