The first ever WFSIA Best Male Player and Best Female Player awards – in partnership with leading Spanish news website AS – saw two 15 long-lists drawn up by some of Spain’s top journalists.

And now, fans will be able to vote for who of those final 30 names they think should take home the award on 16 November – a week ahead of WFS Live – by voting HERE on the AS website.

Final votes will be weighted by 25% of fan nominations and 75% of our jury – made up of football journalists from AS, El País and Cadena Ser.

Three finalists for each Best Player category will be unveiled on 11 November, and the winners revealed five days later.

The Best Player awards were added to this year’s WFSIA – which is already considering 80 vetted candidates from 31 countries all over the world across the other nine categories – in order to celebrate and reward the efforts of players who have helped bring entertainment back into our lives following the global coronavirus pandemic.

As World Football Summit director Jan Alessie put it when the Best Player awards were announced: “We believe that this is a good moment to add to our WFS Industry Awards a category that rewards the work of the players, who are together with the fans the great protagonists of this game and this business.”

Here are the 30 finalists in full: 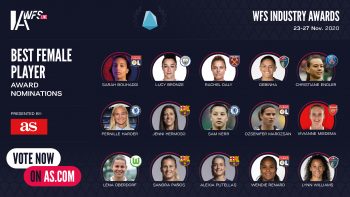 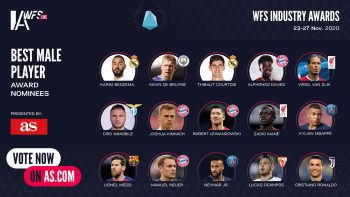