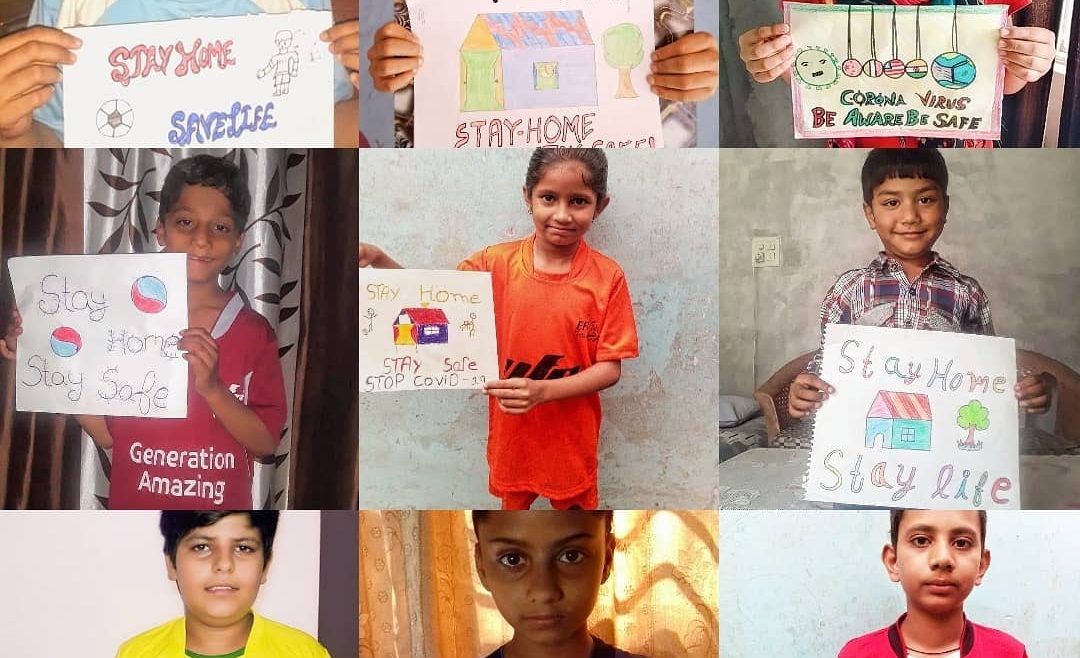 Having committed all net profits from WFS Live to social movements Common Goal and Fundação Fenômenos, World Football Summit and Octagon Brasil have contributed to their respective ongoing initiatives fighting coronavirus around the world.

As part of WFS’ continued investment in real-world change through the power of football, proceeds from WFS Live – our inaugural digital event – are now being distributed by both Common Goal and Fundação Fenômenos.

“An important part of what makes football the world’s most popular game is its unmatchable power to tear down barriers, bring people together and drive social development,” said Jan Alessie, director of World Football Summit.

“These are no easy times for the industry, but at WFS we believe that now, more than ever, it’s our duty to continue supporting these efforts and promoting the power that makes football so unique. That’s why we’re delighted to donate the net proceeds of WFS Live to our long-time partners at Common Goal and to Fundação Fenômenos – with whom we look forward to continue working with in the future.”

The fight against COVID-19

Celebrating its third anniversary this month, Common Goal was co-founded by Jürgen Griesbeck and Juan Mata in 2017 as a way of “uniting the global football community in tackling the greatest social challenges of our time.”

They have done so by bringing on board some of the biggest names in the sport – such as Jürgen Klopp, Megan Rapinoe, and Paulo Dybala – taking the pledge and donating 1% of their salaries to Common Goal causes.

Common Goal have already raised over €300,000 for its COVID-19 Relief Fund, while allocating €260,000 to 27 organisations in 20 countries, with the aim of supporting Football for Good’s emergency response efforts and young people hardest hit by the pandemic.

This has helped community organisations deliver education and medical supplies to deprived areas in 200+ communities across 90 countries, reaching out to more than two million people dealing with a global crisis that has left death, hunger, violence and displacement in its wake.

Similarly, Fundação Fenômenos were born in 2012 with football at it score in the shape of founder Ronaldo Názario – the Brazil legend who redefined the sport on the pitch and is now trying to have a similarly transformative impact off it.

The Sao Paulo-based organisation’s COVID-19 Fund will distribute raised funds from September to December this year, with the express aim of supporting communities across Brazil that includes: the indigenous and black population, those that identify as LGBTQI+, the homeless, refugees, and immigrants.

The start of a new partnership…

It was the first time WFS and Fundação Fenômenos has partnered, but certainly won’t ​be the last, with both organisations firmly committed to using football as the catalyst for bringing about societal change in areas that need it the most.

📖 #PartnerStory @fundacaofenomenos ⁣ ⁣⁣ We at #WFS are proud delighted to have worked with Fundação Fenômenos at #WFSLive last week, from which our net proceeds will go to both #fundacaofenomenos and @commongoalorg in the fight against coronavirus.⁣⁣ ⁣⁣ Here, we shine a little light on Fundação Fenômenos, the Sau Paulo-based foundation created in 2012 by @ronaldo and Beatriz Antony that aims to improve the lives of people in communities across Brazil. ⁣ ⁣ 🔝 Click on the link in our bio to find out more about Fundação Fenômenos, their projects and how you can contribute to the cause.

“We are absolutely satisfied with the WFS partnership,” said Fundação Fenômenos president Otávio Pereira. “The event itself was groundbreaking and successful on all fronts. Furthermore, we were glad to be part of the pool of NGO’s supported.

“We call to action others to promote and foster partnerships between private and third-sectors. This is a brilliant example how joint forces can change the world for the better.”

Alessie added: “Football players have a unique power to make an impact on people’s lives and Fundação Fenômenos is a great example of the remarkable goals that can be achieved when that power is used to giving back to society.

“The work that Fundação Fenômenos is doing with vulnerable communities in Brazil is amazing. I’d like to take this opportunity to congratulate Ronaldo and all his team. We’re honoured to be partners and we look forward to continue joining forces in the future.”

… And the latest in a long-term collaboration

As for Common Goal, this is the latest in a long-running relationship that dates back to WFS taking the 1% pledge just weeks after Common Goal’s inception three years ago.

The 1% pledge is just a small part of WFS’ ongoing commitment to the Common Goal cause, and as a platform that brings the football industry leaders together, WFS firmly agrees for the need to promote football as a force for good and a tool for social development.

Griesbeck and Mata have taken to the WFS stage numerous times, bringing awareness to the huge impact football can have on the lives of millions of vulnerable people around the world.

Both shared their hands-on knowledge and experience from their respective work with Common Goal and Fundacao Fenômenos, which includes their efforts combating COVID-19.

“Over the last few years, World Football Summit has successfully created a space to gather and discuss the future of football,” said Griesbeck, whose Street Football World organisation was collaborating with WFS some time before Common Goal was born.

“Together we aim to drive the agenda towards how it can meaningfully contribute to the development of a fairer society and a sustainable planet, towards a platform that encourages new voices within the industry.

“We’re convinced that it’s of vital importance and we’re committed to engage in this conversation alongside World Football Summit. We’re proud to have WFS on board as a Common Goal member and look forward to together being part of the solution in the times ahead.”​

“In recent years we’re seeing more and more football players becoming actively involved in social issues, such as the fight against poverty, racism or sexual discrimination. This is of great importance because nobody has more capacity to influence youth around the world more than athletes,” added Alessie.

“Common Goal’s work, making footballers and other industry players aware of their power to build a fairer society, has been key in this ongoing and crucial process. At WFS, we’re extremely proud of being members and partners of Common Goal since their inception, and we remain committed to ensuring that football as a tool for social development will be an important part of the industry’s agenda when addressing the future of the game.”