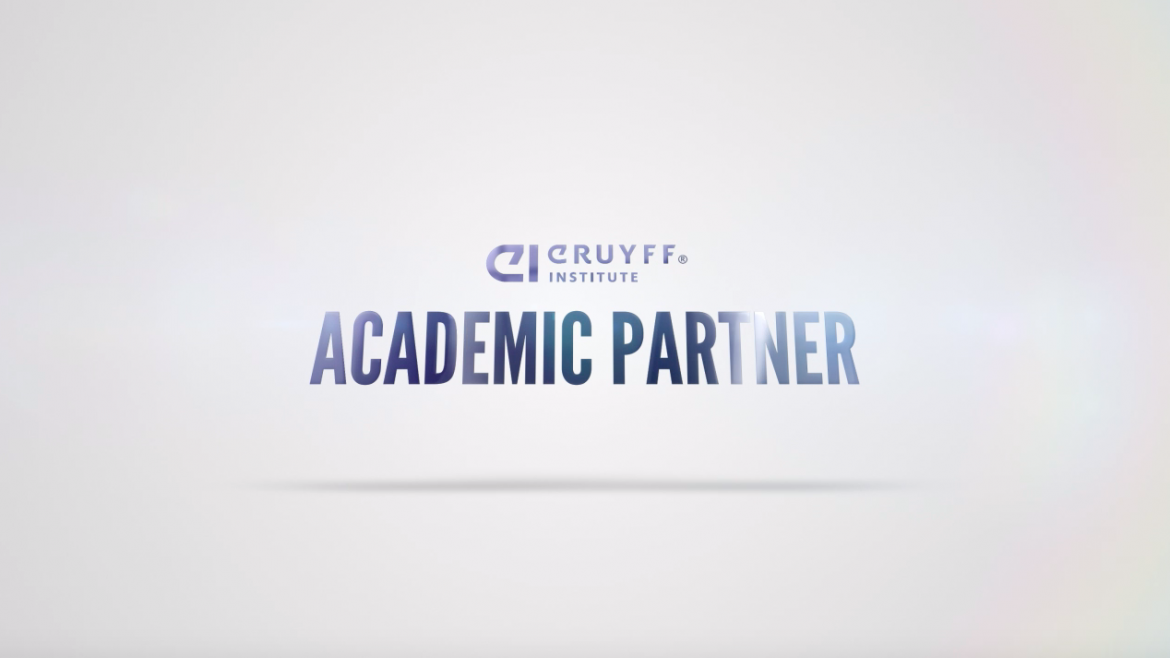 World Football Summit is delighted to announce that Johan Cruyff Institute have renewed as Academic Partners for the second edition of WFS Live from November 23-27.

Johan Cruyff Institute has been with WFS from the very beginning and have been pivotal partners in our success since our first event in Madrid back in 2016. They have consistently underlined the need for professional athletes to continue with their academic education in order to face the challenges of life after playing, through their work and on the WFS stage.

This has been the main principle of the institution founded by iconic football legend Johan Cruyff, an inspiring leader and one of the most influential figures in sporting history. Cruyff firmly believed that no one was better suited to serve sport’s best interests than someone with the heart of an athlete, but he was also convinced that in order to fulfil that role athletes needed to improve their education.

Back at the WFS debut in 2016, Johan Cruyff Institute exhibited a stand in our Expo Area and also delivered a fascinating Industry Talk with former Olympian Dutch hockey player Carole Thale, who is also manager of The World of Johan Cruyff.

A year later, the partnership between the two companies was strengthened further as Johan Cruyff Institute signed on as Academic Partners of the 2017 World Football Summit. They have been a perfectly fitting partner ever since, raising awareness of the importance of education in sport.

The Institute’s message was again brought to the World Football Summit in 2018, with former footballers Victor Baía, Roberto Martinez and Jorge Valdano heading a panel, titled: ‘The day after’, that explored the reality of retirement for professional footballers and the options available to them after they stop playing.

In 2019, Johan Cruyff Institute jumped on board as WFS went on its first international expansion, performing a key role as exhibitors in the WFS Asia Expo Area in Kuala Lumpur, Malaysia.

Later that year, another stellar Johan Cruyff Institute headline panel brought Ivan Alonso, Christian Karembeu, Shabnam Mobarez, Louis Saha and Rebecca Smith to the WFS stage in Madrid as they again looked at the importance of education for players to establish careers after they hang up their boots.

Johan Cruyff Institute renewed as Academic Partners for WFS Africa, WFS Asia and WFS20 at the end of 2019 and despite all three falling victim to coronavirus, the bond hasn’t been broken.

As highlighted by WFS director, Marian Otamendi: “We’ve been on this journey together since the very beginning of WFS, and to continue growing alongside JCI fills us with excitement and gratitude.”

With events forced online, WFS Live was created to bring the football industry together for the biggest event of the year and Johan Cruyff Institute were again Academic Partners for our digital debut. They also brought to the table an already iconic WFS panel, featuring Juan Pablo Caffa, Natalia Gaitan and Juan Sebastián Verón.

Going into the second edition of WFS Live, Johan Cruyff Institute have renewed as Academic Partners once more, with JCI’s Cristina Palés previously saying: “As a brand committed to the sports industry through education, for Johan Cruyff Institute it is key to be a part of this congress and contribute to strategic discussions.”