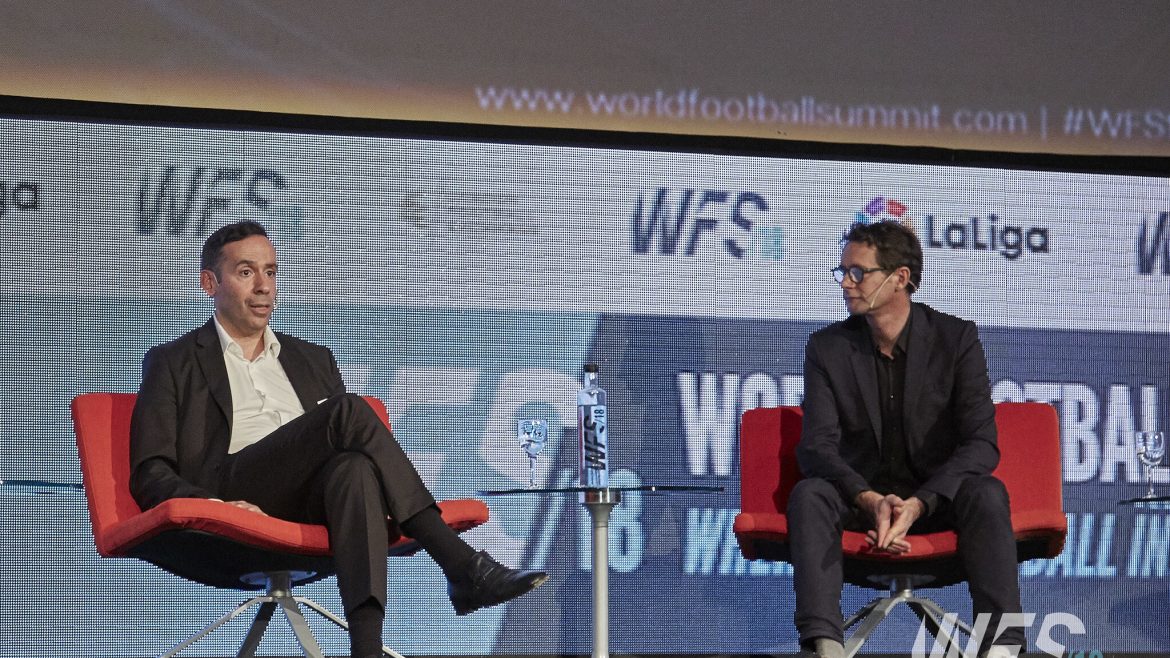 WFS Live powered by Octagon, will be running from July 6th to July 10th, talking place over a month after the Bundesliga’s return to action and just under a month since LaLiga was also able to resume. It’s time now to reflect on how football was able to make a comeback in various countries around the world after the unprecedented crisis provoked by Covid-19.

As CEO of Eleven Sports and having formerly worked in digital transformation at FIFA, Luis Vicente is perfectly placed to discuss the lessons learned during this time by both linear and OTT broadcasters and by the industry in general. He’ll be doing so on the second day of WFS Live, on July 7th, in a panel titled ‘One Month Into The New Normal: Sport’s Comeback From Covid-19’.

Vicente has already demonstrated his expertise on this subject in one of the ‘Talking Sport’ webinars that have been held in recent weeks as part of a collaboration between Eleven Sports and World Football Summit. Vicente spoke on a similar topic, titled ‘Sport’s Great Comeback: Fighting Back From Covid-19’ and he is very interested in the impact the crisis will have on the future of rights packages.

As Vicente said on that panel: “I think there are, of course, many ways that Covid-19 is definitely going to impact the packages. The traditional inventory packages of sports rights holders will need to change. They needed to change anyway. There was a certain culture that didn’t probably resist the test of time, with the exception of a few organizations.”

In his view, the current crisis and the return of football behind closed doors should further convince industry players of the opportunities to be found online during an event. As Vicente explained: “When you look at the essence of a football match and you look at 47,000 or 50,000 people in a stadium, people tend to forget sometimes that there are millions of people connecting online and trying to engage with that game on social media networks. It’s an amazing ecosystem and we have actually been doing a very poor job in trying to get that all aligned. People sometimes complain about the lack of new forms of monetization. Well, that’s a solution right there that comes from a need.”

Following that line of thinking, Vicente expressed his belief that micro-transactions and micro-subscriptions will become increasingly common and popular and also praised the innovation being seen in eSports.